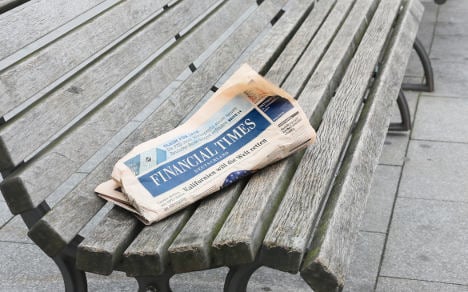 “On Friday morning our publishers officially announced that the Financial Times Deutschland would be wound up,” the paper’s editor-in-chief Steffen Klusmann wrote on the paper’s website.

“The FTD has stood for creative destruction since its foundation in 2000. In the past 13 years, we have provoked and changed much in German economic journalism. We’re proud of that.”

He went on to blame the paper’s closure on the impact of the internet, and added they were unable to find “a business model that could finance our standards of journalism.”

“Every other German daily faces the same problem,” he continued. “But because of the FTD’s late birth and the many crises that have happened since then (the dotcom bubble, 9/11, the Lehman bankruptcy, the debt crisis), it has not been able to build up enough fat to withstand this transformation phase.”

Both the print and online editions of the paper will shut down on December 7, he added, promising “a very special” final issue.

Klusmann had already printed an article in the paper on Tuesday saying that the publishers were “considering different options in the face of the losses this newspaper is posting.” There had been media speculation since then that the FTD would likely be shut down this week.

It was reported that the FTD had lost €10 million this year, and that all of G+J’s financial titles, which are run from one office, had lost €15 million in total.

Another major German newspaper, the Frankfurter Rundschau also filed for bankruptcy last week, though it could well be saved by a buyer, a spokesman for insolvency administrator Frank Schmitt confirmed on Wednesday.