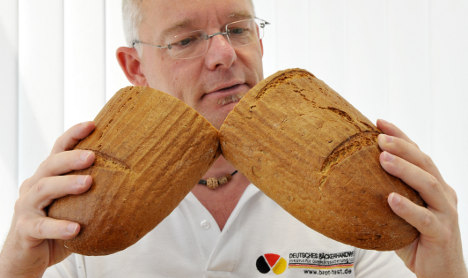 The vermin were discovered during a routine inspection of the large bakery chain, which supplies over 20 branches in Bavaria and Hesse, local health authority spokesman Horst Bauer told the paper. No products were recalled as no pests were discovered in the baked goods.

However, inspectors were concerned to find “floors, walls, machines and equipment heavily soiled (and) severe pest infestations,” according to a detailed statement posted on the Bavarian office for health and food safety (LGL) website on Friday.

The bakery’s branches will remain open, wrote the paper, but will not sell Heeg goods, only products bought from other bakeries, according to Bauer.

This is the second time this year the Heeg facility has been shut down for pest infestations – production was halted in April for several days after inspectors found bugs in the bakery.

Heeg management told the paper it would now take measures to tackle the pest problem once and for all and that it has applied to go back into production next week.

But 2012 is turning out to be a bad year for Bavarian bakeries.

The large bakery chain Müller went bankrupt this spring after it was closed when authorities found cockroaches and mouse droppings on their premises.

In September, a further bakery in Bavaria was banned from making pretzels for Oktoberfest due to serious hygiene problems.