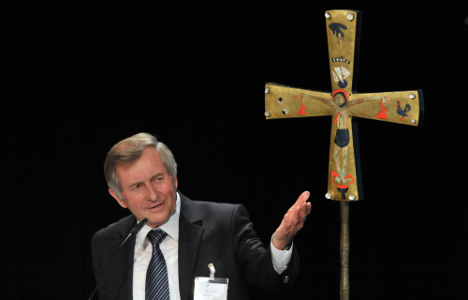 “Abolishing celibacy is not a magic solution, but there would definitely be more priests,” the former Christian Social Union politician told the Augsburger Allgemeine newspaper. “There are more and more bishops in the world church that think a change is necessary.”

But Glück admitted that since the Vatican was unlikely to change its stance on the issue in the foreseeable future, lay Catholics would hopefully play a bigger role in local parishes. “Women will have to take up more responsibilities,” he said.

He added that the Catholic Church was facing a crossroads – either centralizing decisions or distributing responsibilities among priests and lay people. But he warned that “centralisation of the spiritual guidance of the congregation will necessarily lead to alienation from the Church.”

The German Catholic lay organization is due to meet for its autumn conference in Bonn on Friday, where the further development of the Church will be one the central themes. “We have to be aware that the number of christened and people who feel connected to the church is dropping sharply,” he said.