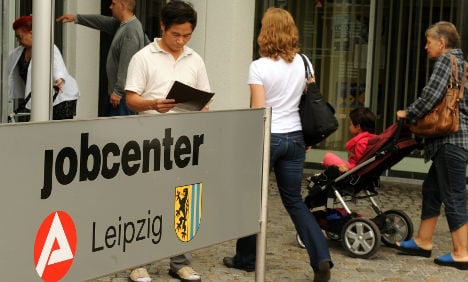 The survey of about 2,300 firms pointed to a more pessimistic mood among German employers, with nearly 28 percent saying they were planning to shrink staff numbers in 2013, and just under 20 percent planning on expanding their work forces.

The Cologne Institute for Economic Research (IW) found out that 30 percent of businesses said their position was “worse than the previous year.” This was 18 percent at the start of 2012.

For the first time since autumn 2008, more employers are expecting their production levels to fall than to rise. In the spring almost 40 percent were predicting production increases – a figure which by November had fallen below 17 percent.

In anticipation of a difficult business climate, many had curbed their investment plans. The number of companies in western Germany with planned reductions has almost doubled over the course of the year with a third planning to cut outlay.

“Export-intensive enterprises are being burdened by the sharp slowdown of the global economy, in particular by the recessionary trends in many European countries,” IW director Michael Hüther told the Frankfurter Allgemeine Zeitung.

The country could avoid outright recession but growth figures did not appear encouraging. IW’s 2013 growth forecast of 0.75 percent falls even below this year’s figure of just under 1 percent.

A further escalation of the eurozone debt crisis could derail even these modest projections.

Hüther urged politicians to do everything possible to support businesses. “This includes doing without taxation hikes, using all available means to curtail social security expenditures, the continued development of infrastructure, and a convincing solution for Germany’s energy transition,” he told the paper.

The authors of the report noted that the German economy – despite often appearing to represent an “island of bliss” in the European debt crisis – may not be invincible after all.