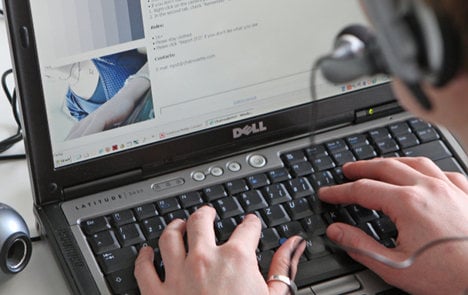 The Federal Supreme Court ruled on Thursday that because a teenager’s parents had told him about the illegality of sharing files on the internet, and had expressly made rules that he was not to do it, they could not be held liable if he broke their rules and did it anyway.

The couple from Cologne were fined €3,000 by a regional court because their son had been downloading and spreading music illegally.

But the Supreme Court in Karlsruhe overturned the ruling and the fine.

“In this day and age children have access to a computer, their usage of which cannot constantly be monitored,” Judge Joachim Bornkamm said.

Adults were not, the court said, obliged to monitor their children’s internet habits or to install restrictions on household computers. Only when they had already received a warning about illegal activity would this be necessary.

Parents should, he said, teach their offspring that sharing copyright-protected files on the internet is illegal but they should not “have to distrust them from the get-go and presume that they are breaking laws.”

Cologne’s regional court told the pair that they had to check their computers regularly for illegal file sharing programmes – a decision the couple’s lawyer called unrealistic.

Other lawyers welcomed the ruling. “It is the precedent case that we have been wanting for years,” said Munich-based Bernhard Knies, who went to Karlsruhe especially for the hearing.

“If this decision had been made earlier lots of parents could have been spared their own money,” Knies added.