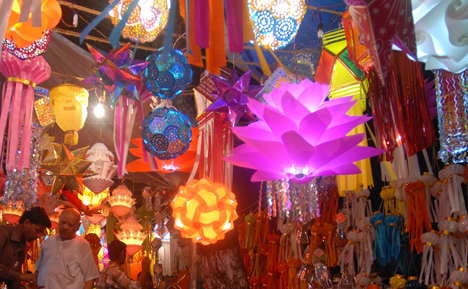 If you were at uni in the 1990s you probably made a few mix tapes with tunes by The Lemonheads and Juliana Hatfield. And chances are you’re looking back on those days with nostalgia, right? Well your night has finally arrived. The Lemonheads frontman Evan Dando joins Ms Hatfield at the Roter Salon Monday. They’ll be playing the hits that made them famous as well as a selection of cover tunes. “Here’s to you, Mrs Robinson.”

Afrikamera 2012 – African Women On and Behind the Screen

Witches, factory workers, child soldiers, adulterers. The characters in the feature and documentary films being shown at the Arsenal Cinema this week as part of “Afrikamera 2012” are universal. But the thing that sets them apart is that they all tell a story specific to African society. The film series, now in its fifth edition, features films made by African women. Don’t miss African Sisters of the Screen, a selection of shorts by African women about African women from Kenya, Cameroon, Tunisia, Algeria, the Democratic Republic of Congo and Senegal.

He’s scored films by Peter Greenaway and Michael Winterbottom, wrote the best-selling soundtrack for The Piano, and composed works for choirs, string quartets, and orchestras. He also plays piano, takes photos, and makes films. This week the man of many hats (and talents) brings his band to the Cologne Philharmonic to play live during a screening of two silent films from the 1920s: Manhatta and The Man With a Movie Camera.

It’s fun to watch artists at work. Over three hundred artist studios invite the public in to take a gander this weekend and next weekend in Frankfurt. A series of themed tours lead voyeuristic visitors through the paint and clay splattered spaces of a variety of visual artists working in the city center. Check the program to see which one catches your fancy. There’s even a programme for kids!

Movies by French filmmakers with an immigrant heritage run the reel at the German Film Institute in Frankfurt this week. In two of them, Muslims and Jews transcend matters of religion for love and survival. Ismaël Ferroukhi tells the story of a young Algerian immigrant who joins the resistance in Paris during World War II in Free Men (2011); and in Roschdy Zem’s Bad Faith (2006) a Jewish-Muslim couple prepares for a baby, and the question of faith pops up. Both screen with English subtitles.

Too Tough To Die

Dee Dee Ramone said it best. “Too tough to die.” DJ King Kasi might not be spinning punk at Kaiserkeller Saturday night, but you can bet he’ll have a stack of primo rockabilly records under his arm. Order a Jack and coke and shimmy around the dance floor like you’re Wanda Jackson.

Get your fill of samosas, pakoras, raita, and naan while watching classical Indian dance in Hamburg Saturday. It’s Diwali! The Indian festival of lights! And the German-Indian Society is hosting a vibrant event in honour of the important Hindu holiday. Go and celebrate the triumph of good over evil with the lamp lighting gang.

They’ve already proven their worth. Celebrated dancers from around the world twirl and bend, sway and leap across the stage at the Tempel Culture Center in Karlsruhe this week. See dancers from the Mannheim National Ballet Theatre interact in surprising ways with live music. Or witness Spanish dancer Olga Pericet present seven solo pieces inspired by the Chinese tangram puzzle.

Known for blending realism and fantasy, the Scottish writer A.L. Kennedy’s novels and short stories are often woven with dark undertones. She’s also a stand-up comedian. An interesting mix. Her latest novel The Blue Book tells the tale of one woman’s trans-Atlantic crossing aboard an ocean liner with her boyfriend and another man from her past. She reads Sunday morning at Literaturhaus in Munich.

Stereolab may be taking a break, but their lead singer isn’t. Since forming Stereolab in 1990 with English guitarist Tim Gane, Laetitia Sadier has sung on recordings by Luna, Common, Mouse on Mars, and myriad others. Lately, it seems like the French musician would like to spend some time focusing on a solo career. In support of her second solo album Silencio (Drag City, 2012), she’s been touring Europe all month. Catch the guitar strumming chanteuse Monday in Munich.

Contemporary klezmer was never so fun as when David Krakauer’s Madness Orchestra was on stage. And how’s this for solemn? “Bluer Than Blue” weaves twenty Yiddish songs composed during World War II into one continuous musical piece. There’s no denying Jewish culture comes with a lot of laughter and a lot of heartache. Celebrate it all over the next two weeks in Munich. Gasteig’s annual “Jewish Culture Days” festival brings some interesting topics to the forefront.