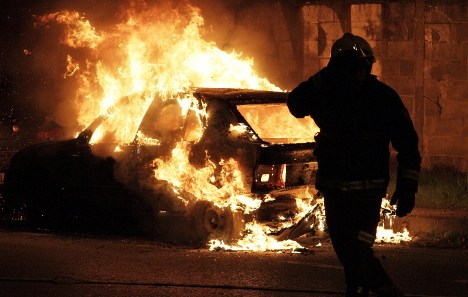 The DGB, Europe’s biggest trade union confederation with about eight million members, is organising demonstrations in several German towns. But it has not called a strike to mark the anti-austerity day.

“In Greece, Spain, Portugal, savings are being carried out in a one-sided way, at the expense of the people,” DGB president Michael Sommer said on public broadcaster Deutschlandradio Kultur.

“These countries are not only making cutbacks but are being cut back to death. It’s for that reason there is this resistance, this revolt,” he said.

Germany had survived the second wave of Europe’s financial crisis “relatively well” until now, Sommer said. Europe’s top economy was beginning to slow down in certain sectors such as cars and chemicals, he noted.

And he appealed for action to tackle what he called the root cause of the financial crisis, describing it as the “domination by the financial markets”.

“We stand in solidarity,” Sommer added saying various events were planned in Germany to mark the European day of action to protest austerity cuts.

“We are going to send a message of solidarity to these countries,” he said.

German Chancellor Angela Merkel has spearheaded the European drive for budgetary discipline as an answer to the eurozone debt crisis, but critics say the policy is snuffing out the economic growth necessary for a viable recovery.

The strikes have also affected hundreds of flights across Europe, especially those to and from Spain and Portugal. A handful of flights have been cancelled in Germany.

Düsseldorf airport reported that 11 flights to and from Spain have been cancelled, while Frankfurt airport – Germany’s biggest hub – reported eight cancelled flights. Three flights were also cancelled at Stuttgart airport, and a further four at Berlin Tegel.

All high-speed Thalys rail services between Belgium and Germany were also cancelled on Wednesday.