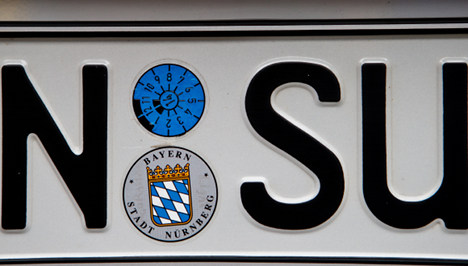 Three of the ten murders carried out by the National Socialist Underground (NSU) between 2000 and 2007 happened in the Bavarian city – it was the worst-hit place in the country.

The gang carried out nine racially motivated execution-style killings and also shot dead a police woman, as well as allegedly setting off a nail bomb and carrying out numerous bank robberies before being discovered last year.

Around 450 cars are being driven around the region bearing the initial letters NSU at the start of their registration plates.

The city council said on Friday they would provide those who wanted it with a new number plate, after a concerned citizen alerted officials to the unfortunate lettering.

Nuremberg Mayor Ulrich Maly said on Monday in a statement that since the terror cell was uncovered at the end of 2011, “the abbreviation NSU has taken on a different meaning.”

He said he “can understand that citizens could see the combination of letters as offensive.” Changing state-owned vehicles was being done out of consideration for public feeling.

At least 35 of the 450 vehicles to be changed are bright orange, state-owned vans from the drainage and environment analysis services and they should all be getting new plates.

Just one woman from the public had as of Monday come forward to have her number plates changed.