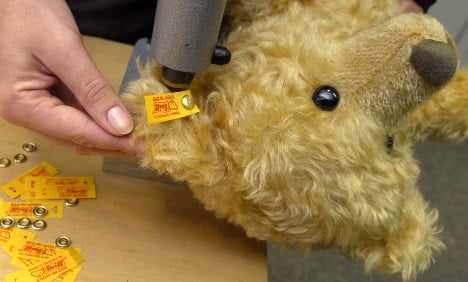 It would be a “tragedy” if the Steiff Teddy Bear factory leaves Oleiros, a village 200 kilometres north of Lisbon, José Marques told the Hamburger Abendblatt newspaper on Sunday.

The company employs 103 workers and is the fourth largest employer in the region but is mired in rumours that the German owners want to move production to Tunisia where costs are lower.

The Steiff company, which has its headquarters in Baden-Württemberg, has neither confirmed nor denied rumours that it is planning the move, although “the company wants to produce more cheaply,” factory director Narciso Guimarães told the Portuguese Jornal de Negocios newspaper.

“I will deploy all methods open to me to share our concerns with Merkel during her visit to Lisbon on Monday, so that she will change the company’s mind,” Mayor José Marques told Hamburger Abendblatt.

“I want Mrs Merkel to understand how desperate the families of the workers are, how much they are worried about their future and the future of their children,” said Marques. If Merkel is serious about wanting to help Portugal, he said, she must act “and make sure German companies stay in our country.”

Merkel said she was prepared for this kind of reception in Portugal.

“I think a lot of people will voice the difficulties they face because of the austerity measures,” Merkel said in an interview with Portugal’s RTP television on the eve of her visit.

The 2,300-strong community in Oleiros is just one of thousands in bailed-out Portugal who are deeply worried over Lisbon’s sweeping austerity cuts.

Merkel’s trip to defend these cuts in the face of swelling street protests coincides with a review of Lisbon’s €78 billion international bailout, and comes at a time of a growing outcry in the eurozone over the impact of austerity measures and a pivotal time in the euro crisis.

Police were deployed in large numbers during Monday’s protest, blocking off some streets and holding at bay demonstrators who booed Merkel, accusing her of seeking to dominate Europe by demanding austerity policies to fix state finances.

Portugal’s biggest union CGTP said it planned a protest “in defence of national sovereignty” while activists from the “indignant” movement said they would rally under the slogan “Merkel out!”

Despite the hardship, the German leader said there was no need for a renegotiation of Portugal’s stringent programme, which has already been relaxed, and no need for a second bail-out.

“Of course a programme of this kind sparks major debate but the government has shown great courage in taking these measures and I have the greatest respect for what this country is doing,” she said.

“At this stage there is no reason for a renegotiation. Portugal is respecting its commitments with courage.”

At the same time, the European Commission, European Central Bank and International Monetary Fund will conduct a quarterly review of Lisbon’s progress in meeting the terms of its bailout. The one-week mission will decide whether to release the next €2.5-billion payment from the programme.

During its last visit, the powers behind the bailout relaxed Portugal’s deficit targets in part because of the damage the cut-backs had wrought on the economy, which is in recession with record unemployment.

Prime Minister Pedro Passos Coelho has undertaken to lower the public deficit to the equivalent of 4.5 percent of gross domestic product next year, from a target of 5 percent this year.

His government is seeking €5.3 billion in savings in the 2013 budget, 80 percent of which will come from tax hikes.