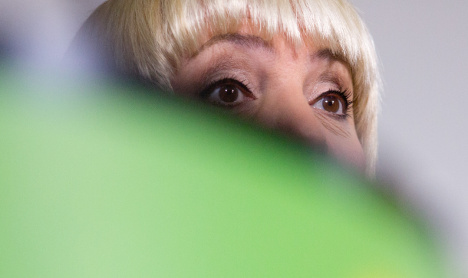 The tug-of-war over the Greens was sparked by the weekend appointment of Katrin Göring-Eckardt and Jürgen Trittin as the party’s election candidates.

The party elected two campaign leaders, and while Trittin was to be expected, the choice of Göring-Eckardt was a surprise, particularly as she was chosen by the party over leader Claudia Roth and parliamentary party leader Renate Künast.

The appointment was greeted by Merkel’s Christian Democrats (CDU), prompting Social Democratic Party (SPD) leader Sigmar Gabriel to call for the Greens to be clear that they were working towards a coalition between their two parties to force Merkel out of office.

The SPD has already stated it aims to form a government with the Greens – and is not interested in joining the CDU in a grand coalition after September 2013’s parliamentary election.

“Voters want clarity and not a double game,” Gabriel told the Süddeutsche Zeitung on Monday.

He said both parties needed to get all their voters into the polling booths. “We will not poach each other’s voters. We both must mobilise our own members, then we can get a majority,” he said.

The worry within the SPD, the paper suggested, was that the Greens could alienate their own supporters by keeping open the possibility of working with the CDU, and perform badly, leaving the SPD without a credible coalition partner. This happened in last year’s Berlin state election where the SPD now rule with the CDU in a grand coalition.

The choice of Göring-Eckardt as half of the leadership duo prompted Priska Hinz, Green MP from Hesse and part of the pragmatic wing of the party, to call for a “strictly independent election campaign – at the end of the day we are not an appendage of another party.”

It was obvious, said Hinz, that it was “important to the members that we can also push further into the middle-classes, therefore they decided for Katrin Göring-Eckardt.”

The Greens have also recently distanced themselves from the SPD following a scandal over party leader Peer Steinbrück’s highly paid speeches.

Merkel’s CDU might be open to forming a coalition with the Greens as their preferred partner, seeing as the the Free Democrats (FDP) seem set to be wiped off the electoral map in the coming election.

Roth, considered a crucial member of the Green leadership, admitted being deeply wounded by her poor performance, calling it a bitter defeat.

“The election was a success. It showed what internal party democracy is all about, because we have a clear verdict, because it was a really good election,” she said in a press conference on Monday.

There was concern that Roth may have been so disappointed that she would not stand for re-election to the party leadership, but she said she would do so – the internal party vote on that is next weekend.