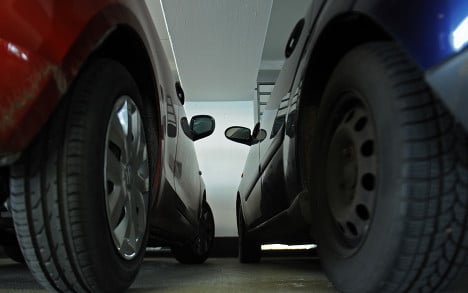 Of the 40 big car parks assessed, 10 were deemed either “inadequate” or “highly inadequate” according to a report released on Monday. Although 19 were “satisfactory” and 11 were “good”, not one facility was put into the top “very good” category.

Narrow driveways and unsafe paths for pedestrians also ensured parking in a multi-storey was an unpleasant experience, compounded by bad lighting and expensive tickets, the results revealed.

Meanwhile, although disabled bays were readily available across the whole country, there was a distinct lack of mother and child parking spots.

One of the most common problems was the size of parking bays. Most were too narrow for ever-wider German cars, prompting the ADAC to recommend the standard bay width be increased from 2.3 metres, to 2.5 metres – a suggestion that may upset the southern German mayor who over the summer designated narrower bays as “just for men.”

The worst car parks were found in the city of Mannheim, Baden-Württemberg, with not one of the four facilities inspected deemed above “satisfactory.”

Happily, a newly-renovated car park due to open in mid-December should offer some relief to Mannheim’s frustrated car-owners.

Meanwhile, Potsdam just outside of Berlin was crowned the car parking champion. The tourist-town’s facilities were not only better value for money but also better lit and safer than elsewhere in the country.