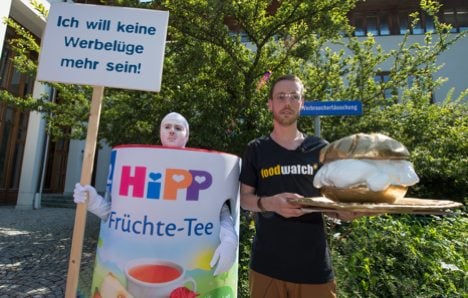 In June, German food watchdog Foodwatch handed Hipp this year’s “Golden Windbag” award for misleading advertising. The firm marketed the drink as a healthy fruit tea aimed at infants from the age of 12 months.

Hipp rejected the criticism, but said the company had decided to withdraw the tea because it did not want to alienate customers. “The bad reputation is always stronger than the advertising effort,” he said.

Over 34 percent of the 130,000 people who voted in this year’s Goldene Windbeutel awards decided that Hipp deserved the accolade – for marketing a tea containing two and a half lumps of sugar per 200ml.

Foodwatch branded Hipp as irresponsible in June. “Telling parents to give such a product to their children does not fit the image they want to project,” said spokesman Oliver Huizinga.