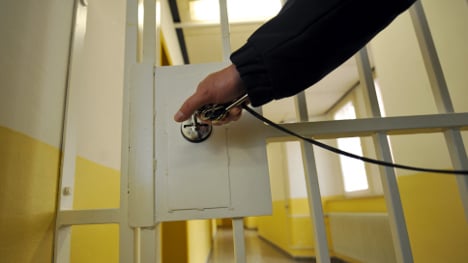 Those being detained on grounds of public safety beyond the end of their custodial sentences should henceforth have separate cells and enjoy a level of comfort “in line with general living conditions”, the Bundestag resolved.

This decision follows a ruling by the Constitutional Court in May 2011, which declared as unconstitutional the previous practice of treating potentially dangerous mentally disturbed offenders the same as ordinary criminals.

As well as more comfortable living conditions, offenders will also have the right to therapy. Ultimately, the aim would be to help perpetrators reintegrate into society.

But not everyone has welcomed the amendments, with critics arguing that it was a mistake to abolish the state’s right to retrospectively impose preventative custody on a prisoner who hadn’t shown signs of mental disturbance at the time of conviction.

But the German government insists that this doesn’t pose a problem to public safety. “In practice, you can see that the use of retrospective preventative custody is essentially negligible,” explained Christian Ahrendt of the Free Democratic Party, junior partner in the governing coalition.

Besides, he argued, the legal situation regarding retrospective preventative custody is so complex, owing to the need to prove the danger of an imminent and “specific crime, not just one that might take place in the next few weeks,” that in practice the vast majority of applications to impose it ended up being overruled by the courts anyway.

Yet the opposition Social Democratic Party has strongly resisted the changes, maintaining that the convoluted legal situation alone is insufficient reason to abolish a provision which could protect the public from dangerous offenders.

“Such glaring security loops must not be accepted,” he insisted, suggesting that children could be at greater risk of attack by the mentally unstable.

But for the government, this is above all a constitutional question, leaving little room for emotive arguments.

“When the security interests of the general public collide with a dangerous perpetrator’s right to freedom, as in the case of preventative custody, then we have already reached the natural limits of the constitutional state, as the European and Constitutional Courts have already reminded us,” said Andrea Astrid Vosshoff.

The debate is likely to drag on, as resistance in the Federal Assembly could delay implementation of the new law, which will otherwise to come into force by May 2013.

Justice Minister Sabine Leutheusser-Schnarrenberger (FDP) urged the body to press ahead with ratifying the legislation, though a speedy resolution doesn’t look probable.