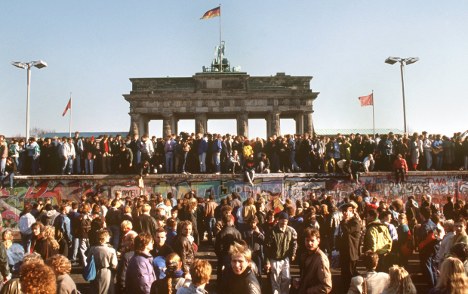 “East Germans are insufficiently represented in the social networks of unified Germany, as well as in the executive levels of businesses,” Reiner Haseloff, Christian Democrat state premier of the eastern state of Saxony-Anhalt told the Mitteldeutsche Zeitung newspaper.

Carsten Schneider, a Social Democrat budget expert from Erfurt, also in the former east, said the German old boys’ networks were not allowing easterners in.

“Particularly in areas where one needs strong networks, the elites are not accessible,” he said. “That is particularly the case in business. I only very, very rarely meet former east Germans in the top management of companies. It is similar in the justice system. Politics is more accessible – but mostly in the east itself.”

Only around a third of politicians working in eastern German state governments are actually from the east, while there is just one in the west – Lower Saxony Science Minister Johanna Wanka. And although Chancellor Angela Merkel comes from the east, she does not have a single eastern German minister in her cabinet, while in the 1990s there were three.

Raj Kollmorgen, a sociologist from Jena in the former east, estimated that east Germans filled between five and nine percent of elite positions in the country, though they make up around 17 percent of the population.

Of around 200 generals in the Bundeswehr, there is just one from the east – and she has broken through not only the glass ceiling holding back easterners, but also the one that limits German women’s careers.

And while there are more than 180 westerners running companies registered on the DAX blue chip stock market index, there are just two from the east. Elites “tend to reproduce themselves, because they know each other,” said Kollmorgen.

Part of this is cultural, argues Kollmorgen – everything from clothing, language, body language, to taste in music, influences whether a person is accepted into the elite. “Many eastern Germans do not have this set of cultural traits. That moves the relevant committees to hold them back,” he said.

For their part, the eastern Germans react to this by adjusting their own career expectations, the sociologist argued. That results in a “defective democracy, because certain interests and cultures cannot be brought into the formation of the community.”