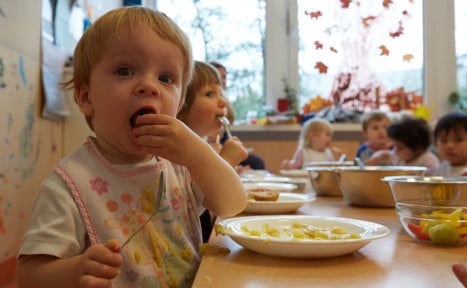 Critics are demanding authorities urgently increase their efforts to create more day care places – or that legislators dilute the law and introduce it in stages to relieve the mounting pressure.

Due to come into force next August, the move to extend the guarantee of day care to children between the ages of one and three means an additional 220,000 day care places must be created over the next nine months if the 780,000 eligible children are to be catered for, the Federal Office for Statistics said on Tuesday.

But crunch time is fast approaching for local governments, Munich mayor Christian Ude and president of the German Association of Cities told ARD broadcaster on Tuesday. He said authorities had failed to release funding for new day care centres quickly enough and allowed unnecessary red tape to get in the way.

And after the law changes next August a large number of disappointed parents will sue for compensation if their children are not given places, he warned.

“If [getting a place] is not objectively possible there will be claims for compensation,” said Ude. “It’s especially absurd if cities in difficult financial straits also have to pay that kind of compensation.”

Gerd Landsberg, managing director of the municipalities association, called for the new law – which guarantees all under-threes a place in a nursery, day care centre or with a childminder – to be watered down and introduced in stages to take the heat off cash-strapped local authorities.

Landsberg told Tuesday’s Handelsblatt newspaper he supported a proposal from cities in Baden-Württemberg which would see the guarantee apply only to two-year-olds at first, to be extended to include one-year-olds at a later stage.

“In this way the construction of new day care centres can be sped up and at the same time we can do something about the danger of raising false expectations among affected parents,” he said.

Tübingen Mayor Boris Palmer agreed. “For many cities which today don’t have a hope of creating the necessary places [in time], the suggestion is appropriate and would avoid senseless lawsuits,” he told the paper.

However, Landsberg said he thought it unlikely that local and national politicians would be keen to be seen to be going back on their popular pledge to parents so close to next autumn’s parliamentary elections.