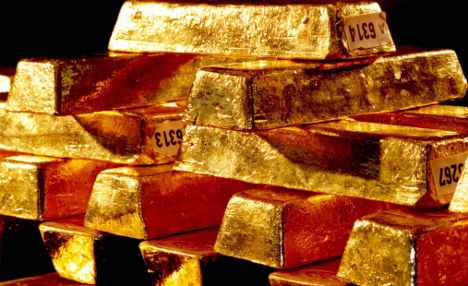 “The BND report shows who will profit most from the billions in European taxpayer funds -Russian oligarchs, businesspeople and mafiosi who have parked their illegal earnings in Cyprus,” the magazine said.

The magazine reported that a large number of Russian businessmen have placed large sums of money in Cypriot banks, attracted by lower tax rates, even if Cyprus has shed its reputation as a tax haven since joining the EU in 2004.

In total, around €20 billion ($26 billion) was deposited in Cyprus in 2011 by Russian oligarchs, which is more than the island nation’s gross domestic product of €17.8 billion, the BND report found.

These deposits will be guaranteed if a European bailout is approved to shore up the island’s banks.

Cyprus government spokesman Stefanos Stefanou said the report that the

island was a money laundering centre was “slanderous” and aimed at “damaging” its reputation as a foreign investment hub.

“Cyprus has adopted and implemented high-level institutional frameworks in combating money laundering which is fully in line with EU law,” Stefanou told

Nicosia had been congratulated for taking such action by the International Monetary Fund (IMF) and G20 countries.

treaties with many countries including Russia.

“This includes a system of information exchange between Cyprus and other countries which fully complies with international standards,” added the spokesman.

Officially, Cyprus is sticking to all agreements on combating money laundering.The necessary laws have been passed and institutions have been set up.

But there are problems with their implementation and the rules are not being applied properly, the BND said in the report.

It said money laundering has been facilitated since Cypriot authorities made it easy for rich Russians to obtain citizenship.

The BND said 80 oligarchs had managed to gain citizen access to the entire EU in this way.

On Monday, a spokesman for the German Finance Ministry told a regular news briefing that the issue of money laundering would be discussed between Cyprus

and the so-called troika of international creditors, the EU, the IMF and the European Central Bank (ECB).

Both the ECB and the EU Commission in Brussels declined to comment on the magazine report.