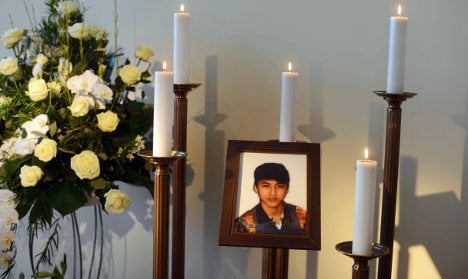 Criminal law experts told the paper their experiences trying to get other suspects returned to Germany from Turkey and other countries shows that German authorities are often unable to prosecute crimes committed at home when the suspect goes abroad.

The main suspect in last month’s killing of 20-year-old Jonny K. in Berlin’s central Alexanderplatz plaza could end up living in relative safety in Turkey, the paper wrote.

Onur U., 19, left Germany with his father for Turkey just a few hours after the attack. His mother followed them last week, the paper said.

When a Bild newspaper reporter caught up with him in Turkey, he said he intended to voluntarily return to Germany to face up to the charges – but he has not yet done so.

Jonny K.’s sister has spoken on television about the killing – and called for Onur U. to return to Germany.

Prosecutors are investigating the legal steps necessary to get him extradited. Last Wednesday the Turkish justice minister said it might be a possibility – so long as the legal requirements are met.

He could theoretically apply for Turkish citizenship to avoid being sent to Germany for trial – but were he to be convicted for murder there, he would face a far longer sentence and much worse conditions, Die Welt said.

Germany issues between 2,000 and 2,500 international warrants annually and 900 to 1,200 people are extradited to Germany each year.

The Berlin authorities requested that the contract killer be made available for its case against the man who initiated the contract. Turkish authorities were unable to comply with the request however, as the killer had already been executed.