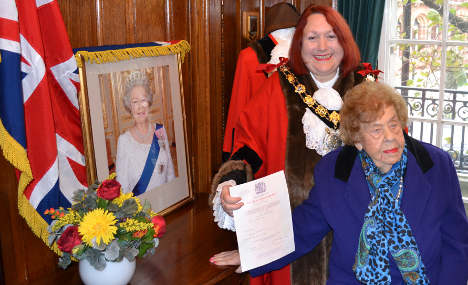 Johanna Waller was persecuted in Nazi Germany and escaped to England, according to a story on Friday in Die Welt.

The Aachen native, who grew up in Cologne, worked in an English bakery. But because she was unable to take all the necessary papers with her, she never applied for British citizenship.

Yet on Friday she was given citizenship at a ceremony in the Camden district of London. She is the oldest person to obtain British citizenship following the nationalization of a 104-year-old Indian man earlier this year.

Waller now wants a telegram from the queen. Every British citizen gets one when they are at least 100 years old.