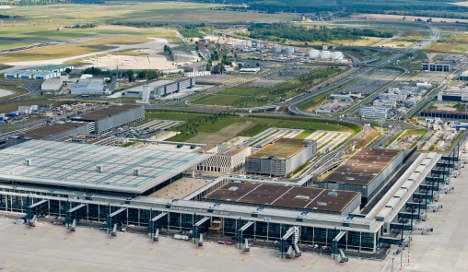 He refused to say how large the liability policy was or name the insurance company covering it, but experts said it was to be expected that businesses which lost money due to the huge delays will claim millions of euros in damages.

The new airport was most recently scheduled to open on June 3 but just weeks beforehand, the management board had to admit that the fire protection systems were not ready and the airport would not meet the deadline. An investigative committee was established to figure out what went wrong.

On Friday, following a visit to the airport’s construction site, most of the members of the investigative committee were impressed with the construction progress.

But Andreas Otto from the Green Party wasn’t one of them.

“How could those responsible believe – up until four weeks before the planned opening in June – that the airport would be ready on time?” He said the managers were either “naïve or too full of themselves” to realize just how far behind they were.

Otto’s views were in stark contrast to those of representatives of all the other parties in Berlin local government, who appeared surprised at how much progress they said the airport had made.

The reopening was rescheduled for next March and then re-scheduled once again for October 27, 2013, though some doubts have been raised as to whether planners can even meet that deadline.

On Thursday Wowereit announced that planners would meet the October deadline and another delay would not be necessary.

He and other members of the supervisory board as well as the airport’s managers are benefitting from a Directors and Officers or D&O Liability insurance plan that many companies take out to protect their managers.

The policies became popular in Germany after a 2006 corruption scandal involving Siemens managers and accusations against Hypo Real Estate managers in 2009.

An insurance expert told the Tagesspiegel the policies normally covered between €100 million and €300 million euro range. Typically the parties settle out of court and around half of the amount covered is paid out.