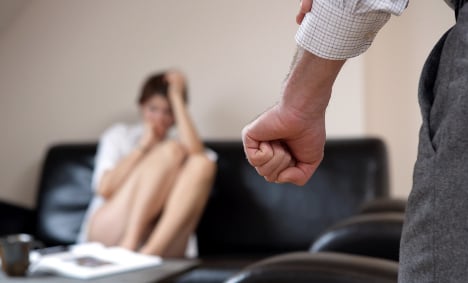 “Violence looks like you, it looks like me and it looks like our children,” said 41-year-old Tonya Teichert, whose website www.modernabolitionist.org goes live on November 3, said she wanted to help equip women, and men, to fight gender-based abuse.

With a database of grassroots support networks, refuges and campaign groups across the country, Teichert hopes the site will gather everything those affected might need – all on one web page.

It will also include discussions of issues such as sex trafficking, female circumcision and domestic violence and provide links to groups dedicated to fighting such horrors.

The German Women’s Ministry estimates that one in four women in the country experience physical violence from their husband, partner or ex.

Of the 313 women murdered last year, police named the husband, boyfriend or ex-partner as the prime suspect in 154 cases – that’s nearly half.

Teichert aims to enable those affected to find help – and those who want to fight against exploitation and abuse, to locate groups where they can contribute.

She came from her native Miami to Frankfurt five years ago, and is now a full time mother to her two pre-school children.

But as a survivor of sexual violence and a former critical care nurse, she said her personal and professional experiences combined to push her to set up the network.

“During my time as a nurse I saw the atrocities people commit to each other both out of love and hate,” she said.

“There are lots of issues that are ignored in Germany and barely even reported in the media. I want it to give women and girls the tools they need to make change, without being overwhelming.”

Teichert said she saw it as part of the global movement fighting the abuse and exploitation of women – a movement which has adopted the book Half the Sky: Turning Oppression into Opportunity for Women Worldwide as a crucial piece of campaigning inspiration.

It sets out in detail the widespread abuse, murder and enslavement of women around the world and is being seen as a rallying cry to action.

To mark the launch of her website Teichert has arranged a screening of an English-language documentary based on the Half the Sky book, at the German Film Institute in Frankfurt – the film’s first screening in Germany.

“I was concerned that the institute would not want to touch the event, because of the topics I wanted to cover and because of the film, but they were keen to be involved,” said Teichert.

She said a discussion afterwards would be aimed at firing people up to do “something, anything,” to get involved.

While she is a one-woman team at the moment, mother-of-two Teichert has big plans for the Modern Abolitionist project.

One immediate target is Frankfurt airport, which is where many young women being brought into the country as sex slaves enter Germany. Staff could be trained to try to spot women and girls being trafficked, she said.

“Some US airline staff receive training which helps them identify a woman who could be being brought into the country against her will,” she said, calling for German airlines to follow that example.

But she also hopes the Modern Abolitionist site can offer links to support groups for women suffering the everyday domestic abuse about which no-one wants to talk.

“It’s a stigma to endure it, and it’s a stigma to come out and say it is happening,” she said. “All too often women face questions like why didn’t you leave him? Instead of being offered support.”