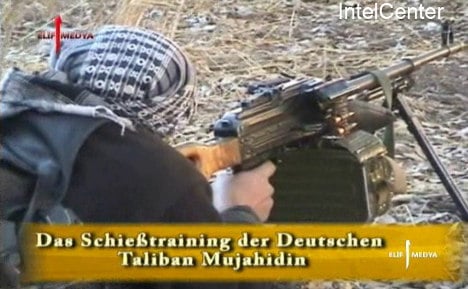 “It was difficult to admit that I had made a terrible mistake,” the man identified only as Thomas U. told a Berlin court.

Thomas U., a Hungarian-German, went with his wife to the Waziristan region of Pakistan near the border with Afghanistan in 2009, the Tagesspiegel newspaper reported on Thursday.

There they were confronted with filthy conditions and regular violence.

When at the start of 2010 the Pakistani army attacked the region, he decided he wanted to go home. “It was a terrible experience,” he testified in a statement read out to the court.

But the leader of the German Taliban Mujahedin (DTM) group that he had joined promised that within a year Afghanistan would be conquered by the Taliban, and the couple stayed.

His is accused of being a member of the DTM from December 2009 until July 2010 – and of taking part in an attack on an American base in December 2009.

The court heard how he converted to Islam in 2008, having turned away from a previous involvement with far-right extremists in Germany. He stopped smoking marijuana and both he and his wife became radicalised, the Tagesspiegel reported.

The state prosecutor said he had been involved in preparing a serious crime – and to this end had travelled to Waziristan to be trained in using guns and explosives.

Once in Waziristan, he and other members of the DTM trained in using Kalashnikovs and rocket launchers, but he and his wife never settled into life in the camp.

When the Taliban failed to take over Afghanistan, and after three of his German friends were killed in a fire-fight with Pakistani soldiers, he decided he had had enough.

“The sight of their terribly mangled bodies moved me,” he said in the statement. “From then on I no longer wanted to take part in violence, I had been completely wrong.”

Not only that – he had caught hepatitis and his wife was pregnant. The macho attitudes and, he said, the drug consumption of the Taliban, were also getting on his nerves.

“Waziristan was not what I had been looking for,” he said.

He and his wife fled to Turkey in September 2010 – and were promptly arrested when they landed in Istanbul. After more than 20 months in investigative custody there, during which time they became parents to a son, the couple were extradited to Germany.

The last sentence of his statement to the court read, “I regret my decision to leave Germany and I also regret my crimes.”