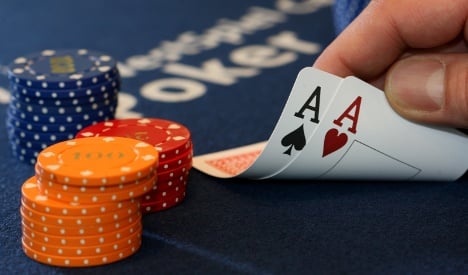 Eduard Scharf appealed against the authorities taxing his winnings over the last few years, arguing that poker was a game of chance and as such was tax exempt in Germany. “Anyone can win a game of poker,” he said.

But the Cologne financial court ruled on Wednesday that he had to pay income tax on his winnings saying they counted as commercial income as they were linked to his personal skills.

He argued against this, saying that poker was largely a game of chance.

The tax authorities had said that only the winnings of hobby players could be tax free, and that Scharf had effectively maintained a business with his poker playing.

He had taken part in international tournaments – and won some – around the world, including Las Vegas.

He had invested large sums in registration fees and accommodation while playing, the authorities argued. They said that professional players used their analytical powers to reduce the role of chance in the game.

Scharf had played in casinos 81 times in 2008 alone, and had taken part in 19 international poker tournaments between 2003 and 2007. His success had secured him a job as commentator and advertising contracts, the authorities said.

Yet he argued that he was being forced to repay more than he had ever won, and that his losses playing poker had been even higher than his profits.

Scharf has the option of appealing Wednesday’s decision but it remains to be seen whether he has any aces up his sleeve.