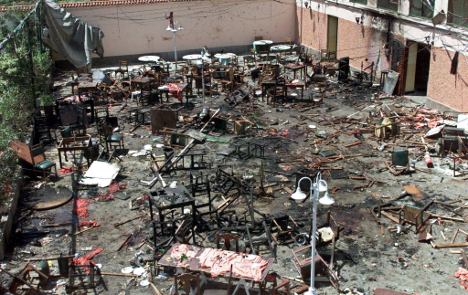 Authorities in Morocco had issued an international arrest warrant for the 37-year-old French national of Moroccan origin, who was arrested while in transit in Munich with his family on Monday, police said in a statement.

The suspect is being held in custody ahead of his eventual extradition, German police said, adding that he had arrived in Munich en route from France to Dubai.

A French police source also noted that he had already been sentenced by a French court in July 2007 to eight years in prison for his participation in a cell that provided support to Casablanca suicide bombers.

According to the charges laid against him then, Charouali had housed members of a Moroccan Islamist group which is suspected of having masterminded the Casablanca attacks.

It is unclear when he was released from prison.

Asked why he was not detained in Paris as he was leaving for Munich, the French police source noted that there were no police checks in place for flights from France to Germany due to their passport-free travel agreement under the Schengen border-free zone.

The May 2003 suicide bombings in the coastal city of Casablanca were the deadliest ever in Morocco. Forty-five people died including 12 suicide bombers, and dozens more were wounded.

The north African kingdom was hit by another bombing in April last year when 17 people were killed in an attack on a Marrakesh café, dealing a heavy blow to the tourist industry.