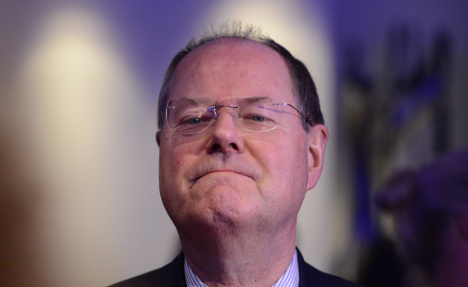 The chancellor candidate earned a total of €1.25 million from 89 speaking engagements since he left office as Merkel’s finance minister in 2009, the Bild newspaper revealed ahead of Tuesday’s announcement.

In some cases, Steinbrück also donated the fee to social projects, including the Catholic charity “Tafel Monheim”, the family counselling service “Pro Familia”, and a jazz museum.

Steinbrück also gave 237 unpaid speeches during that period, at schools, the SPD’s political foundation Friedrich-Ebert-Stiftung, and in some charities.

These fees come on top of his salary as an MP in the Bundestag which amounts to €7,960 a month plus expenses. As a former state secretary, former minister in two different states, former state premier of North Rhine-Westphalia, and former federal finance minister, he is also entitled to a number of different pensions, amounting to around €1,800 a month, pension experts estimate.

The disclosure of his exact income comes after a row erupted in parliament over his earnings, and a debate about how much MPs should be allowed to earn on the side.

The government coalition recently announced a reform in the bracketing structure by which MPs’ incomes are revealed, but fell short of imposing full disclosure.