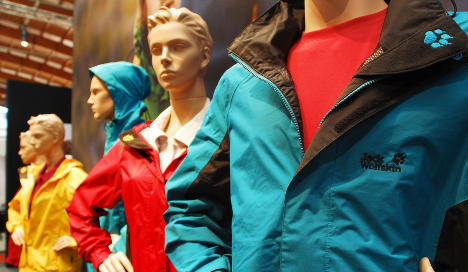 The environmental group said in a study that the materials that make many clothing items useful in wind, rain and snow are also toxic.

“Images of pristine nature are often used for advertising outdoor clothing. But nature does not remain untouched by the chemicals in weather-resistant fabrics,” it said.

“All over the world, from secluded mountain lakes and Arctic polar ice to deep in the oceans, traces can be found of perfluorinated and polyfluorinated compounds (PFCs), pollutants with properties that are harmful to the environment and health.”

Greenpeace said it had tested 14 rain jackets and rain trousers for women and children from top brands such as German firms Jack Wolfskin, Adidas and Vaude, and American companies North Face, Marmot and Patagonia, for PFCs and found that each sample was contaminated.

It said that some PFCs were known endocrine disruptors and harmful to the reproductive system.

“Most brand name manufacturers use PFCs so that we stay dry in our outdoor wear, inside and outside,” Greenpeace said.

“But these man-made compounds of carbon and fluorine are so stable that they can hardly be removed from the environment, if at all.”

The group launched its international Detox campaign in 2011 calling on textile manufacturers to replace hazardous chemicals used in production with safe alternatives, and on governments to step up regulation.