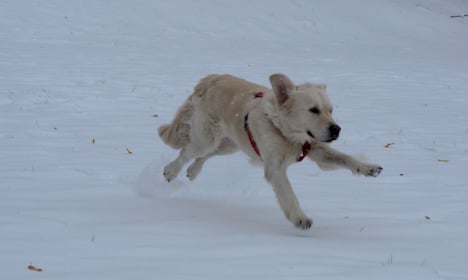 Meteorologists say this is the first time for decades that snow has fallen on low lying areas in October. More flurries are expected over the weekend.

As much as 17cm of snow fell overnight in Thuringen forest in central Germany – a suspected record for this time of year. Heavy snow also fell on Bavaria, Saxony, Rhineland-Palatinate, Hesse and Saarland, with further flurries expected on Saturday in Leipzig, Dresden and Munich, according to the DWD.

“This happens maybe once every 30 or 40 years,” meteorologist Christoph Hartmann of the German weather service (DWD) told Die Welt newspaper on Saturday, referring to the unusual snowfall in October.

The severe drop in temperature – by 20 degrees within a week – also occurs “very, very seldom,” he added.

And with winter’s first onslaught came the first disruption to transport, as fallen trees blocked train lines between Leipzig and Munich, causing delays and diversions to the ICE high speed rail network.

The first taste of winter will be felt elsewhere this weekend as the cold front brings frost and subzero temperatures, which are expected to plummet to between minus one and minus six on Saturday night, excluding only coastal areas, said DWD.

A further 10-15 cm of snow is expected overnight in the Alps and in the Ore Mountains in Saxony, where DWD said temperatures could fall as low as minus ten.