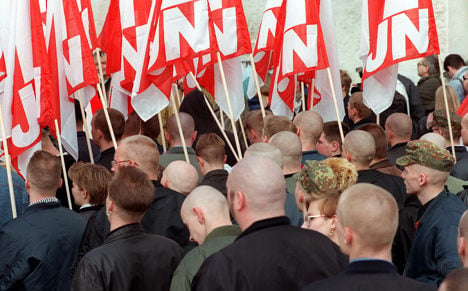 Hans-Peter Friedrich told Die Welt newspaper that in mid-September, 110 far-right extremists who should be in jail were missing – living in hiding somewhere in the country.

His interior ministry asked all of the 16 German states to provide figures for how many arrest warrants had been issued on neo-Nazis.

A tally is made every six months, but no follow-up information is recorded – for instance if the suspect is taken to court, the outcome is not always added to a person’s file, Der Spiegel magazine said on Saturday.

Domestic intelligence agencies and the police have come under serious criticism since the neo-Nazi terrorist cell calling itself the National Socialist Underground was unveiled – having allegedly killed ten people over a period of years.

Friedrich said he was not expecting copycat attacks, despite the 110 wanted neo-Nazis being free.