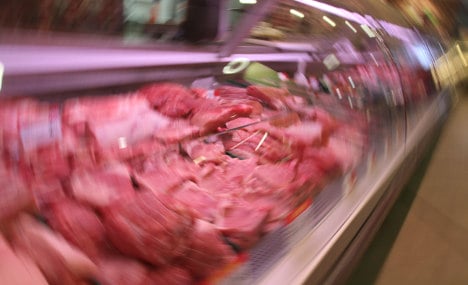 The Vinzenzmurr butcher shop chain has fought for months to keep the results of the reports under wraps, and until now, the public have been kept in the dark about what food inspectors found when they visited two dozen branches of the chain last March.

The squalid conditions in 17 of the 24 branches visited resulted in 29 fines for “contravention of hygiene standards”, but no information was released until Thursday. Only then were crucial passages from the inspection report posted on the website of the Bavarian State Government reproduced in the Süddeutsche Zeitung newspaper.

Inspectors found liver which was “partially green, old, putrid” and which “smelt noticeably rancid and tasted rotten.” They found cubed ham for pasta dishes in a similar condition, describing it as “pungent and putrid”, said pork knuckle and chicken legs were “rancid”, joints of meat were “mouldy” and cubed chicken meat was “putrid”.

Sliced wurst was covered with a grey layer which smelled “old, mouldy and sour”. When it was analysed the inspectors said they discovered large cultures of bacteria, yeast and fungus.

Although the meat described was not sold and so posed no direct danger to health, the Süddeutsche Zeitung said, inspectors also reported the buildings themselves were filthy and not fit for food preparation.

“The floor under the meat counter was covered in a millimetre-thick coating, soiled with rubbish, food waste, cobwebs and rat faeces,” wrote the authorities.

The published passages do not say in which of the more than 100 Munich area branches of Vinzenzmurr these conditions were discovered.

Vinzenzmurr was founded over a century ago by the Brandl family and is one of the largest providers of meat products in Bavaria. Its website claims “quality and freshness” as its two founding principles, and it won an award for quality and service from the Ministry of Food, Agriculture and Consumer Protection in 2010 – for the 20th time.

“We greatly regret the isolated cases” a spokesman from the butcher chain told the paper on Thursday, after claiming conditions in the meat preparation facilities had improved since last year.