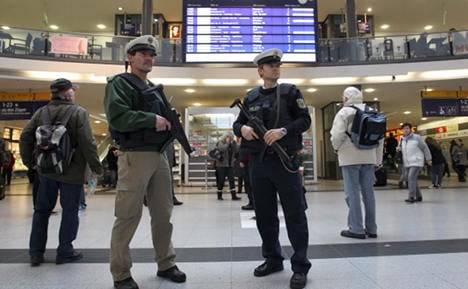 Germany’s train stations are normally a hub of boozy activity at the weekend, but this will soon be a thing of the past in Nuremberg, Bavaria after a ban is introduced to dissuade hundreds of people from using it as a meeting point to kick start their evenings’ activities.

The ban is to be enforced from 8 pm to 6 am on Fridays and Saturdays. On bank holidays, the evening before should also be included. If a person is caught, they could face being banned from the station.

A Deutsche Bahn spokesman said on Thursday that the area primarily affected was the stretch between the entrance and the main inner hall. Revelers often congregate there before and after going to a night club and are often very drunk.

The sobering move is not an outright ban, however. Shops may continue to sell alcohol, but if a person buys a beer, for example, they must stay in the shop to drink it. Train station restaurants will not be affected either.

The train passenger association Pro Bahn said they are welcoming the move and will push for a ban in all of Germany’s stations, although no concrete plans to do so are yet in the pipeline.