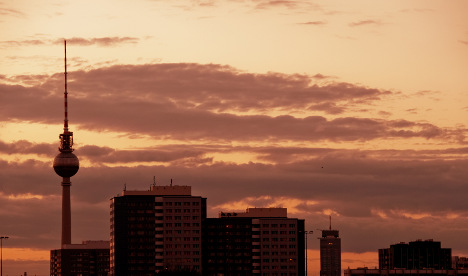 The capital’s interior minister Frank Henkel said he was deeply shocked, and called for an honest debate about violence in Germany. “We cannot close our eyes to this problem and silently look on as brutalisation and coldness spread through our centre, and reduce inhibitions,” he said.

Although he said he wanted to increase security in the central area of the city where the attack took place, he also said the problem began in the heads of the attackers. “Some have obviously lost all civilised standards. That is a challenge for all of us,” he said.

The 20-year-old German-Vietnamese man had left a bar on Alexanderplatz with two friends at around 4 am on Sunday after a heavy night out. All three were very drunk, the Die Welt newspaper said on Monday.

Because their friend was too intoxicated to walk, his two companions sat him down on a chair in a closed beer garden and went off to find a taxi.

Within minutes the helpless man was targeted by a man who kicked the chair away from under him, the paper said.

He tried to stand up but the man punched him in the face. The police said that by the time his friends realised what was happening, seven men were attacking the prone victim, stamping on his head, inflicting serious injury and leaving him in a life-threatening condition.

He was so badly hurt that paramedics had to resuscitate him at the scene, but doctors at the hospital where he was taken said he had only a slim chance of surviving his injuries.

Police confirmed to the Tagesspiegel newspaper on Monday afternoon that the young man had died.

Initial investigations suggest the attack was unprovoked and police believe it happened out of “nothing more than pure bloodlust.”

“It appears that the attackers just wanted to kill someone,” an officer told Die Welt. “When someone is stamping on someone else’s head, as they lie on the floor, the life of another human does not matter.”

One of the victim’s friends who returned to the scene as the attack was underway tried to break it up, and was beaten up in the process, incurring minor injuries but causing the group to flee.

The Tagesspiegel newspaper said the group of attackers were thought to have come out of a Turkish party at a nearby bar. Police are appealing for anyone with information to come forward.

One of the victim’s friends told Die Welt that they did not understand why the attack happened. “He has never caused harm to anyone,” he said.