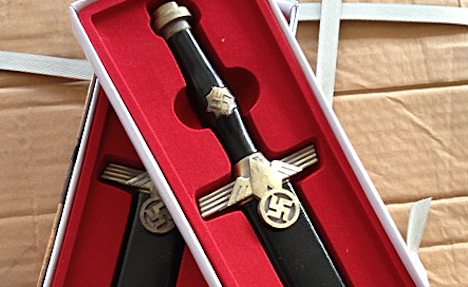 The weapons were discovered Thursday in a van, the central customs office at the Hamburg port announced yesterday. They included replicas of honour daggers used during the Nazi period by various organizations.

Early investigations indicated that the weapons were produced in China and sent by ship to Hamburg, where they were then meant to be transported to and sold in Poland.

Importing such items to Germany is illegal, and the customs investigations department has taken over the inquiry into the matter, the Hamburger Abendblatt reported.