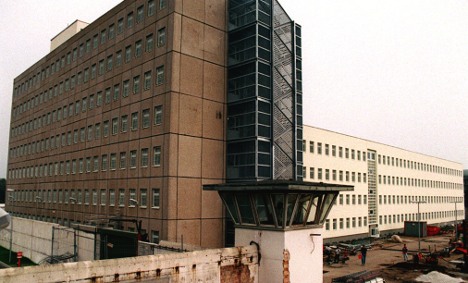 Berlin Interior Minister Frank Henkel admitted to members of the Green and Pirate Parties last week that only one person was currently being held in the former East German women’s prison, though there is space for 214 inmates, the Berliner Zeitung reported.

To guard the detainee, 169 police officers are available, which according to Henkel, at a cost of nearly €1 million per month.

The anti-deportation initiative, the Berlin Refugee Council and the opposition are all calling for the detention centre to be closed. The initiative said the sole detainee was being kept in solitary confinement-like conditions. Police did not comment.

The situation at Grünau is not new, the Berliner Zeitung reported. For some time now the centre has only been used at 20 percent of capacity, part of a nationwide decline in deportations prompted by changes in immigration law and the expansion of the European Union to include Bulgaria and Romania.

Berlin is currently in talks with the state of Brandenburg on the possibility of a combined detention centre located in the eastern town of Eisenhüttenstadt. Henkel said it would probably not be possible close the centre in Grünau at the moment, because its presence was mandated by the law.