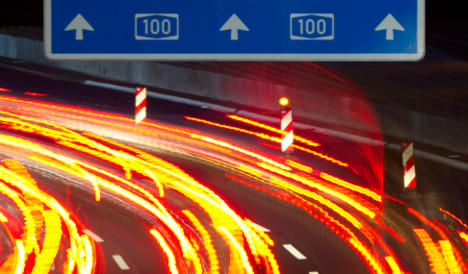 The Federal Administrative Court on Wednesday rejected four lawsuits against the controversial project. But it said the Berlin parliament would need to do more to reduce the noise pollution for nearby residents, Berlin’s Der Tagesspiegel reported.

“I am excited about this unambiguous verdict, which provides clarity for the A100,” he said. Wowereit said it was good for the economic development of the city that the judges had backed the Senate’s position.

The court approved of the objectives of the motorway’s construction, which include the relieving traffic in Berlin’s centre.

The construction of the 3.2-kilometre section is estimated to cost between €452 million and €475 million – making it one of the most expensive stretches of motorway in Germany. The funding is expected to come from the federal government.

The extension has been a contentious issue in Berlin for some time and the subject of much wrangling between Wowereit’s Social Democrats (SPD) and the Green party, who opposed construction.

In October 2011, coalition talks between the SPD and the Greens in Berlin fell apart over the issue, prompting the SPD to form a coalition with the Christian Democrats in order to proceed with construction plans.