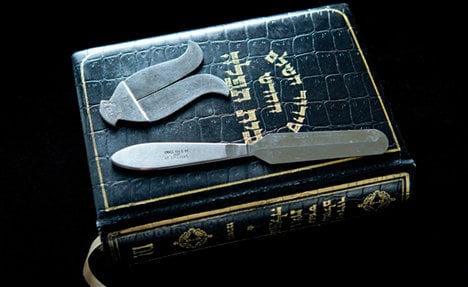 Justice Minister Sabine Leutheusser-Schnarrenberger, who drew up the new bill, said that the decision was “an important signal to clear away any ambiguity” on whether Jews and Muslims could circumcise young boys.

As long as the child’s health is not put at risk, and the practitioner carries out the rite in accordance with medical standards, circumcision may be performed. The bill was drawn up in response to a Cologne court decision in June, which said circumcision was tantamount to grievous bodily harm.

This united Jewish and Muslim groups in opposition and caused uproar in Israel and Muslim countries.

But Aiman Mazyek, head of the Central Council of Muslims in Germany, said the concept of a child’s “well-being” was something that needed to be discussed in more depth. “In general the new law is going in the right direction,” he added.

The ruling was, he said on Bavarian state radio BR, an “unequivocal sign that Jews and Muslims cannot be criminalised” for carrying out the rite.

Dieter Graumann, head of the Central Council for Jews in Germany, was slightly more positive. He hailed the bill as “decidedly savvy, well-considered, and fair,” in the Rheinische Post and added it was a definite signal that Jewish and Muslim life was still welcome in Germany.

Diplomats have admitted that the Cologne ruling was “disastrous” for Germany’s international image, particularly in light of its Nazi past, and the debate even prompted the former head of the Central Council of Jews in Germany, Charlotte Knobloch, to question whether the country still wanted a Jewish community.

About four million Muslims and more than 200,000 Jews live in Germany.