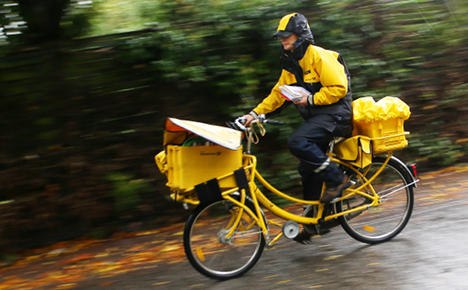 Moving into the late afternoon, Friday is set to be cloudy and rainy in the north. Along the coast the rain could develop into thunderstorms and a blustery, at times gale-force, wind blowing in a westerly direction.

Temperatures will be slightly warmer in the south, with highs of 22 degrees Celsius. It should stay generally drier there too. In the north though, highs will vary between 13 and 16 degrees.

The northern rainfall is not set to end as the night begins. Thick clouds are forecast to blanket half of the country, including the coastal regions. As in the daytime, it will remain clear and dry for most of the south.

For those with nocturnal plans take a coat – temperatures could well sink to a low of three degrees.

By Saturday morning, the band of rain that had settled over the north in the days previous is forecast to spread down into the south east and central states. The north west should get a slight respite, as clouds lift by the afternoon.

Southern Germany should still be the warmest area of the country with highs of 20 degrees Celsius. Elsewhere, Saturday highs are set to rest between 11 and 16 degrees. Coastal areas will probably still be fighting strong winds.

On Saturday night, it should be the south’s turn to get wet – as heavy rain is forecast. There is also a chance of thick autumnal fog building up through the small hours. It will also be a relatively chilly one again, with lows between eight and three degrees.

Late night rainfall should continue into the day in the south, meaning that Sunday could be a miserable day for many in the lower half of the country. In the north though, the clouds should gradually start to lift and patches of sunshine are even possible.

Sunday will be cooler, with highs of just 12 degrees Celsius in the north. Around the Rhine and Danube temperatures should reach around 17 degrees but a westerly wind may well make it feel colder than it actually is.

Temperatures should continue to sink into the night, with lows of two degrees, while along the coast the thermometer should not dip below 10 degrees. A dusting of frost may appear in elevated areas.

Moving into next week, any fog that built up during Sunday night should lift by Monday morning – opening the day up to clear skies in large parts of Germany. Other areas may well be cloudy, but everywhere should stay dry. Temperatures are set to climb slightly, back to highs of between 13 and 17 degrees Celsius.