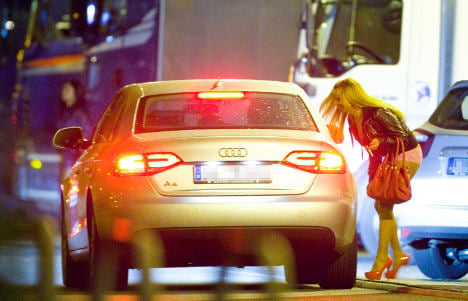 The figure was reported by the parliament after local Christian Democrat politician Ralf Niedmers requested figures on number of prostitutes in an attempt to establish whether a prostitute scene was forming in the Wandsbek neighbourhood, the daily Bild reported.

The parliament informed Niedmers that there were only 29 registered prostitutes operating in the city. The report noted there were “numerous other business registrations under euphemisms for prostitution,” but that these dancers, escorts and masseuses could not be officially recognized as doing sex work.

Tax authorities seemed to be doing only a slightly better job of keeping count of the city’s sex workers. The report noted that “the Hamburg Tax Office reported 153 prostitutes.”

Prostitution is legal in Germany but sex workers must pay income tax on their earnings like any other freelancer.

The police say there are about 2,400 people working as prostitutes in Hamburg, and between 500 and 700 in the nightlife districts of St. Pauli and St. Georg.