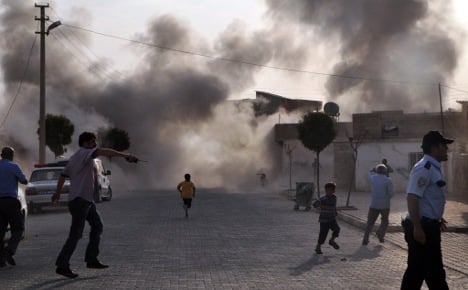 Earlier Thursday, German Foreign Minister Guido Westerwelle had also called for “prudence, for a measured handling of this worsening situation.”

He also urgently appealed to the regime of Syrian President Bashar al-Assad “to respect the sovereignty and also territorial integrity of Turkey and other neighbouring countries.”

On Wednesday, mortar fire from Syria crashed inside the Turkish border town of Akcakale, killing five civilians, including a mother and her three children.

Westerwelle said the events showed the risk that the 18-month long conflict in Syria posed to the region was growing, increasing the need for the international community to act.

“I appeal to all partners in the United Nations Security Council to be aware of their responsibility and not to reduce any longer the international community’s ability to act through a blocking position,” he said.

“I call for restraint from all sides,” she added.