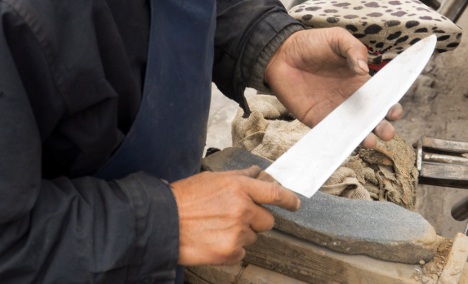 André J. allegedly approached 21-year-old man Ohmed E. on a platform at the Hamburg central train station and threatened him with a large knife, the Bild daily said.

“What you looking at?” André J. asked the man, before grabbing a 48-centimetre-kitchen knife designed for hacking meat and bones from his backpack.

Ohmed E. told police he tried to reason with André. When André J. refused to back off, he began to run. The suspect pursued him with the knife but only managed to cut his victim’s thumb before a witness tackled him and wrestled away the knife, Bild reported.

Witnesses called the police, who rushed to the scene with eleven squad cars. Officers arrested André J., who claimed he was the victim of the attack.

Police found two more large kitchen knives and a pocket knife wrapped in towels inside André’s backpack, as well as a telescoping baton in his pocket.