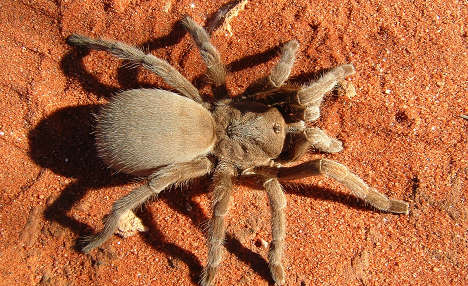 The pair are thought to have been switching planes at Schipol airport on their way back from Peru when customs officials noticed something untoward nestling in their suitcase, Die Welt daily said on Wednesday.

Opening up the bag, inspectors found around 200 live tarantulas, along with grasshoppers, millipedes and beetles – also living – which they had put in little boxes.

The Dutch finance ministry, which is responsible for the airport’s customs system, confirmed that all the creepy crawlies had been confiscated. They were to be inspected by the relevant authorities, presumably for diseases as the couple had simply plucked all of them from the wild.

It is not known what the pair had planned for their new exotic animals, but a collection of this size and kind has never been seen before at Amsterdam customs, said a spokeswoman for the finance ministry.