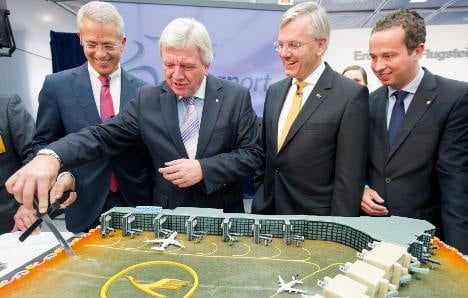 Construction of the 800-metre long complex cost €700 million and took about four years, the airport’s management, Fraport, said in a statement.

The new gates will be used by Lufthansa and the German airline’s partners in the Star Alliance, it added.

The extension was designed for wide-body aircraft, such as the Airbus A380 super-jumbo and the Boeing B747, that serve Frankfurt, Europe’s third biggest airport.

“We’ve created additional space for up to six million passengers per year,” Fraport executive board chairman Stefan Schulte said in the statement.

“This extra capacity will allow us to meet traffic growth expected in the coming years and to strengthen our role as one of the world’s leading aviation hubs,” he added.

The new extension bumps Frankfurt’s total annual passenger capacity up to 65 million from its current level of around 59 million.