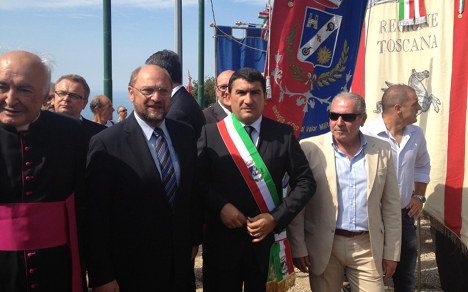 After a 10-year investigation, Stuttgart regional court said there was insufficient evidence the accused had personally taken part in the bloodbath in the Tuscan mountain village of Sant’Anna di Stazzema.

“The fact that a person belonged to a Waffen-SS unit that was deployed in Sant’Anna di Stazzema cannot replace the proof needed that an individual is guilty,” the court ruled in a lengthy statement.

“In fact, for every individual person accused, it must be established that – and in what way – he was involved in the massacre,” added the court.

The court also ruled it could not be proved that the massacre was a premeditated and ordered slaughter of the civilian population.

The Stuttgart court said it was not possible to establish exactly how many died in the atrocity of August 12, 1944, but noted that Italian authorities put the figure at 560 people, including 107 children under the age of 14.

In 2005, an Italian court found that 10 members of the 16th SS Reichsführer division, including a lieutenant and nine enlisted men, were personally responsible for the massacre and sentenced them to life in absentia.