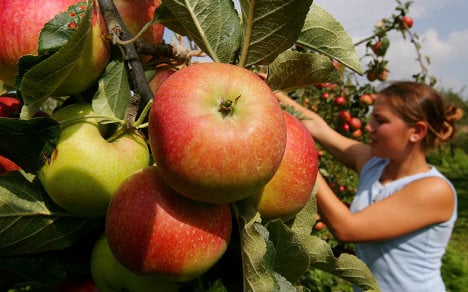 You’ll notice an interesting contraption outside the Haus der Berliner Festspiele this week. It’s Japanese artist Kyohei Sakaguchi’s “Mobile House,” a simple home concept constructed from recycled materials. On Friday morning, the Austrian pianist Marino Formenti will begin his three-week residency within the space. Berlin’s newest theatre and performing arts festival is full of unusual events like this. Take a look at the programme and get privy to the perspectives of 19 artists from Asia, Africa, Europe, and Latin America.

In the 1960s, Dennis Hopper was everywhere – the desert of Southern California, the Warhol Factory, the Alabama march with Martin Luther King. Five crates of photographs discovered after the actor/artist’s death in 2010, reveal his dedicated documentation of the times. See the treasure trove of the Easy Rider actor’s black and white snapshots this week in Berlin.

The ladies of Tight Little Ship have been tooling around together for a couple of years now, honing a post-punk-pop sound that comes straight from the garages of Brooklyn. On Tuesday Yoko Kikuchi, Sara Lautman, and Christy Davis bring their electric guitars and Kim Deal-style vocals to Madame Claude’s. Order a whiskey sour and rock out.

Cologne has been presenting new films from Africa since 1992, making this year the festival’s 20th anniversary. Celebrate that milestone Saturday night when DJ Ali T spins “urban beats from Kuala Lumpur to Kinshasa, Cairo to Cape Town, St Petersburg and San Francisco” in the Filmforum Foyer at Museum Ludwig. Get fired up for the event by taking in a screening of Punk in Africa immediately preceding the party.

Got a question about penguins? Bring it to the Frankfurt Zoo this weekend. A special Q&A feeding time’s got all the info you could ever want on the beloved waddlers. Or perhaps you’ve got a budding young veterinarian among your brood. Take them to meet resident vet Dr Schauerte, she’ll share everything there is to know about her job. From the “Cat Jungle” to the aquarium, visitors can get a behind the scenes view of the Frankfurt Zoo this weekend.

Apple Festival at the Orchard on Steinberg

Nothing says autumn like an apple festival. Spend a day in a sweater and scarf among the crabby trees of Andreas Schneider’s Orchard on Steinberg up near the village of Nieder-Erlenbach. The music starts at 3pm, but the tasting begins four hours prior. Bite into the juicy flesh of a just-plucked apple and celebrate the harvest.

Gabrielle Bell is one of those brilliant young talents who knows what it is they’re supposed to be doing in life, and carves out their own success story. England-born and California-raised, she writes funny comics full of quirk and irony. As evidenced in her semi-autobiographical stories, she now lives in Brooklyn, where she publishes a new comic on her blog every day. Meet the clever lady Friday, when an exhibition of her work goes on view as part of the Hambug Comic Festival.

She didn’t know she could sing until age 19 when she picked up a guitar and holed herself away in her room. The results made their way onto the soundtrack of more than a few American TV shows. That’ll happen when you’ve got lyrics as emotive as these. Get all caught up in your feelings when Rosi Golan sings about love and happiness Tuesday before continuing on to Frankfurt.

Pirates and troubadours mingle on Leipzig’s main square this week for a good old fashioned fall festival. Join in on the merriment but be sure to wander, because the seasonal attractions are spread out around the city center. The flower and ceramic stalls set up at in front of St. Nicholas Church, while a special area for kids takes over Augustusplatz.

Focusing on rarely played works by Jewish composers, the Orchestra Jakobsplatz Munich is made up of musicians from over twenty countries. On Thursday, Daniel Grossman conducts the group through two operettas by Jacques Offenbach in celebration of the Jewish New Year. Shanah Tovah!

She started out as a high jump athlete, then became a fashion model. Last year, the French singer released her debut album The Shape of a Broken Heart, a set of thoughtful, reflective songs conveyed with a folksy acoustic soul reminiscent of Tracy Chapman, who she names as an influence along with Billie Holiday and Nina Simone. See her sing Sunday in Munich.