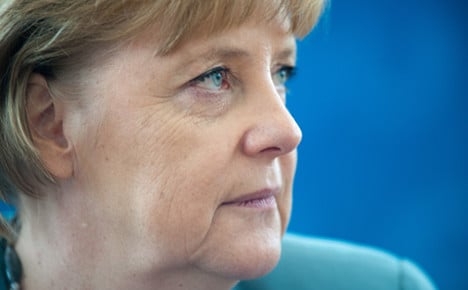 Merkel was clear about her thoughts towards the three million Muslims living in Germany. Islam, she said, “is a part of us.”

In the wake of a turbulent year for the German Muslim community, Merkel urged her country against generalising, news magazine Der Spiegel said on Thursday.

“We absolutely have to make sure that we do not tar everyone with the same brush,” she said. “(Radical) Islamism is not Islam in Germany and the majority of Muslims here clearly distance themselves from violence.”

Merkel, who leads the Christian Democratic Union (CDU), suggested to viewers that as Christians, her party members should spend a little more time thinking and talking about Christianity “than being afraid of Islam,” Die Welt reported.

Shortly before the conference, it emerged that Merkel had cancelled a trip to Tunisia due to safety concerns.

The meeting, a spokesman for Merkel told the Süddeutsche Zeitung newspaper, took inspiration from the eighteenth century open townhall meetings in the US. Organisers hoped it would be “close to the people, a bit cool and a bit Obama-esque.”

CDU members were invited to phone and ask the Chancellor questions. Other topics included pensions, the euro crisis and education policy.