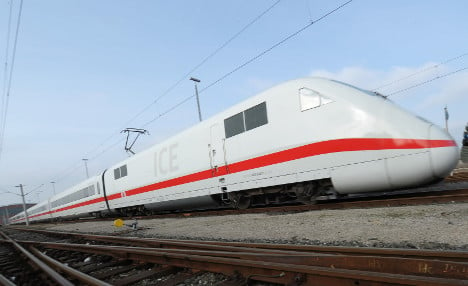 The 28-year-old was slurring on the phone to his girlfriend on Friday night after drinking heavily at the Oktoberfest in Frankfurt-Höchst.

He got off a suburban train at the Frankfurt Nied station, where she was going to pick him up, police said in a statement.

Their conversation was abruptly cut off when he tripped and fell off the platform onto the tracks – directly into the path of a train.

The driver of the high-speed ICE train, which was not due to stop at the station but continue through, saw him and jammed on the emergency brakes – but the train ran at least 100 metres over the man by the time it came to a halt.

Yet the driver was relieved to find the man in one piece – he had fallen directly between the tracks and was untouched by the train.

He was taken to hospital for treatment to a head injury sustained when he fell from the platform onto the tracks. Doctors say he is not in danger.