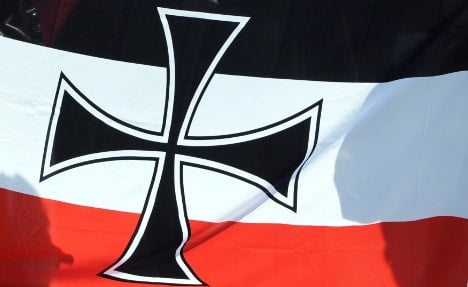 A memorial for forced workers in Bremen, similar to that in Bergedorf. Photo:DPA

Seven of the Polish delegates, which included elderly survivors of Hitler’s forced labour policies in Poland, needed hospital treatment after being hit with the pepper spray.

Police arrested a 42-year-old man identified only as Frank A., after the attack at a factory in Bergedorf near Hamburg where forced labourers were used during World War II.

Around 200 guests and families had gathered for the dedication of a memorial, when the Bergedorfer Zeitung newspaper said the well-built man wearing a leather jacket rushed at the people seated in the first row.

He was easily overwhelmed by police and arrested. Police said that the man, known to them as a far-right activist, was also suffering from mental health problems.

“After he had been arrested he appeared very calm,” one officer involved in the arrest told the newspaper.

The injured forced labourers in Germany during the war and their relatives, were at the end of a week-long visit, with the unveiling of the memorial intended as a highlight.

“These people should have experienced a belated recognition of their terrible personal story in Germany,” said Angelika Schmidt, a local pastor who had been addressing the crowd when Frank A. attacked. “Instead of that, they were once again mistreated.”

The Hamburger Morgenpost newspaper reported that the delegation returned home on Saturday. Project leader of the visit programme David Rojkowski said their overall experience of the week had been a good one.

“This terrible incident on the last day cannot overshadow all the good experiences,” he said.