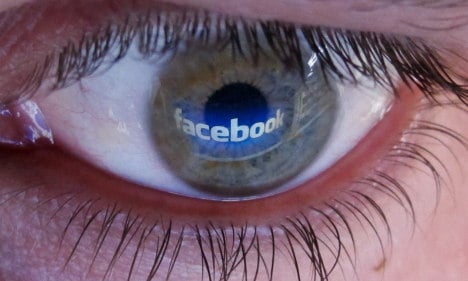 Facebook is eying new ways to use the tool. Photo: DPA.

The tool, which encourages users to tag the names of their friends, was criticised by German authorities, including Hamburg data protection commissioner Johannes Caspar, who said it posed “an immense risk and potential for misuse.”

Germany’s Office of Data Protection and Freedom of Information said the software was illegal under European law, as it enabled Facebook to build up a biometric database of its users without their express consent.

Facebook said on Friday that it would delete all collected templates by October 15 and would seek consent from users if it provided the feature again.

The decision came on the same day that the Hamburg authorities issued an “administrative order” saying that Facebook could only create and store biometric profiles with users’ agreement.

Until now, Facebook has said that the feature – which makes tagging easier by automatically suggesting the names of people in photos – was completely in line with European data protection laws.

Germany’s Ministry for consumer protection welcomed the news. “The fact that Facebook is to change its practice, under massive pressure from European data protection authorities, proves that it is already possible under the current law to oblige even global player to comply with the law,” it said in a statement.

The system was turned on as a default setting last year, meaning that users had to opt out if they did not want their biometric data stored.

The company was told to revamp its privacy policy after a probe launched by the Irish commission, which was responsible for complaints about Facebook because the firm has its European headquarters in Dublin.