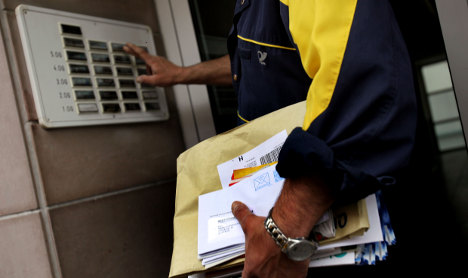 The NPD parliamentary group in Saxony’s state parliament filed the complaint after Germany’s postal service refused to deliver the local party arm’s publication in and around the city of Leipzig.

The “Klartext,” or “Straight Talk,” newsletter espouses a range of far-right views. A recent edition features a front-page item calling for an end to “abuse” of provisions for asylum-seekers in Germany. Titled “Arab Spring in Saxony?” the article says asylum should apply only to those facing political persecution, and not “foreigners who just want to benefit from our social welfare systems.”

Judges for the federal court, or Bundesgerichtshof, held that the postal service must treat the NPD’s newsletter like any other periodical publication.

Deutsche Post justified its refusal to deliver the newsletter, saying its own rules only obliged it to ship addressed mail – not bulk brochures meant to be distributed to every household within a certain area. Both a district court and appeals court sided with the postal service.

But the lawyer representing the right-wing plaintiffs argued that other motivations were behind the postal service’s decision, calling the move “veiled censorship.”

During a hearing in June, federal court judges stressed that a publication’s political orientation should not affect whether Deutsche Post should have to deliver the material.