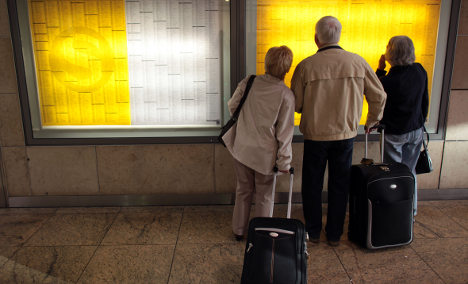 “Deutsche Bahn has signed two framework agreements with Polish manufacturer PESA regarding the possible delivery of up to 470 diesel locomotives,” the company said in a statement.

The order is worth €1.2 billion and the trains will be delivered through the end of 2018. Deutsche Bahn said the contracts had been drawn without specifying the types of trains ordered but most are expected to be used for regional travel.

It is Deutsche Bahn’s first major contract with PESA on the supply of rail vehicles, said the head the German company’s infrastructure and technical division, Volker Kefer.

“Its an important strategic goal with regards to the German market, expanding competition in the industry,” he said, and added that future contracts could also be awarded to firms that Deutsche Bahn had not yet placed train orders with.

Kefer told the Financial Times Deutschland that the rail giant was in negotiations with suppliers outside Europe, focussing particularly on the Asian market.

The move ramps up the pressure on its other suppliers, Bombardier and Siemens, whose shipments had in the past been delayed or had quality problems.

A spokesman for Siemens said the company had didn’t have the kind of diesel locomotives in question and therefore did not attempt to win the supplier contract.

PESA supplies locomotives for the Italian, Ukrainian and Lithuanian railways, employs a workforce of 3,500 and is based in Bydgoszcz, Deutsche Bahn said.