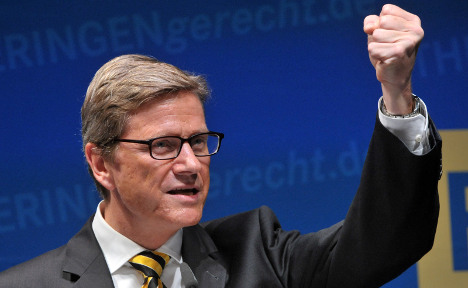 “We’ve been looking at how we can bring back confidence in the European Union,” German Foreign Minister Guido Westerwelle said in Warsaw late on Monday as he arrived for a meeting of ministers in the Future of Europe Group, which he launched in March.

The 11-nation group is poised to submit a raft of recommendations to Herman Van Rompuy and Jose Manuel Barroso – heads, respectively, of the bloc’s intergovernmental and executive branches, neither of whom are elected by the EU’s 500 million people.

“We have to understand that we are a community of values and we have to defend our European model,” Westerwelle told reporters.

“The debt crisis has become more and more a crisis of confidence,” he said.

“I think it’s decisive and very crucial that we bring more transparency and democracy into our European institutions and therefore I welcome the idea of direct elections in the European Union. I think this would a very good answer to the lack of confidence we have at the moment in the European Union,” he added.

“We have concrete institutional proposals. The direct election of the top leaders is one of those possibilities.”

Besides Germany and Poland, the Future of Europe Group is made up of Austria, Belgium, Denmark, France, Italy, Luxembourg, the Netherlands, Portugal and Spain.

Austrian Foreign Minister Michael Spindelegger said the direct election of EU leaders could be tied to the five-yearly ballot for the European Parliament.

“What we should do in the future is be more active to convince people that this Europe is really a good plan for their future and the future of their children. We should use more democratic instruments,” he added.