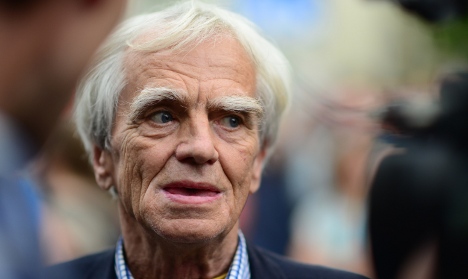 “We always only get the information that we know from other sources must be there,” said Hans-Christian Ströbele, a Green MP on the committee, criticising the painful pace of information flow from the authorities.

Several top intelligence officials including Heinz Fromm, president of the Federal Office for the Protection of the Constitution (BfV), have stepped down over their failure to stop the killings and the botched investigations, including the shredding of files pertaining to the case just as the committee was about to start its work.

Ströbele said the Berlin police had been asked several times if there was anything else that the committee might be interested to know, and had failed to admit that one of their informants was a supporter of the gang.

“One can only call that lying,” Ströbele told RBB Info radio on Monday.

His colleague Sebastian Edathy, Social Democratic Party chairman of the committee said the failure to disclose this information was a “scandal that cannot be excused.”

The worst thing, said Ströbele, was that the authorities would seem to have had clues and hints about the terror group itself. “If one had followed these up systematically, this terror trio could possibly have been stopped early and then people would not have been murdered.”

Although Edathy did not go as far as his colleague, he admitted he was angry with the amount of information being hidden from the committee. “Whoever believes they can sweep things under the carpet can only expect to trip over that carpet at some stage,” he told state broadcaster ZDF on Monday.

He said patience within the committee was reaching its limit. “I demand that all facts are put on the table now,” he said.

It was revealed last week that the suspected terror group supporter named as Thomas S., had been a paid informer of the Berlin state police for more than a decade.

Although an investigation was launched against him in January, this was only reported to the federal prosecutor in March, Der Spiegel reported – and was not told to the investigating committee.

Ströbele, who has been an MP since 1998, has won his seat in the Kreuzberg district of Berlin directly, three times in a row. He said last week he would run again this year – despite a prostate cancer diagnosis about which he informed his party on Tuesday.

The 73-year-old said he did not want to leave his party alone in parliament. “I don’t have answers to all the questions, but proposals and much criticism which are often proved correct,” he said.